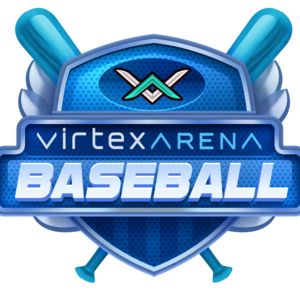 Using your smartphone, you can see the stadium or arena from your real-life vantage point and play quick competitive games, the next generation of the goofy games broadcast over the Jumbotron. In the version for the upcoming NFL championship, fans kick at targets and throw to virtual characters that appear on the field. Next time out or at halftime, you can leap into the next round of virtual play, going head to head with your neighbor. In future versions, players will be able to do just about anything from race cars to watch giant robots pound across the field.

“If you’re at the stadium, you hold up your phone and see it from your perspective. Your view of the virtual action is different from the end zone, say, versus the 50-yard line perspective,” explains Virtex CEO Jeff Green.

Real-time adjustments give different perspectives on AR characters and games on the field. The games are designed to be intuitive, so fans can get playing with minimal fuss and maximum fun.  “If you’ve been to a game in the last few years, you’ll see things like the cup game or the car race up on the screen. Fans often get really into them,” says Green. “However, even if you’re yelling out your answer, in the end the experience is passive. We’ve changed that. You can now participate actively thanks to your phone and see the action right there on the field.”

The AR games can have additional participatory layers built in. For example, users can vote for what virtual equipment they can have access to in the next round of play, or they can answer trivia questions. For the upcoming baseball version, players will get to vote for bats or mits with special properties. Virtex is also working on games that pit one section at a stadium against another.

The hope is to provide a new twist to the culture and excitement of live sports. Virtex’s first major AR-enhanced event will be this year’s big game in Minneapolis. (A public version of Virtex Arena will be available for download by late January).

The app sprang from Green’s fascination with the intersection of the virtual and material worlds. A Bay Area software developer, Green began investigating the interplay of these worlds, inventing games that allowed users to inhabit both at once. The technical challenges appealed to him, and he began to imagine how AR might enhance the experience at major live events. Like Pokemon GO, Virtex games layer virtual reality over real-life scenes and movements, though with a cool twist: Virtex Arena lets all players compete in the same game in the same place at the same time, but each sees it from their own perspective. “This creates the illusion that the virtual objects are actually in the space before you, but visible only through the window of your device,” says Green.

This approach offers brands and sponsors an authentic and fun way to interact with sports fans. “In the future, we see Virtex Arena’s virtual competitions providing an innovative and unique way for teams and sponsors to engage their fans. The virtual canvas enables almost anything to appear in any way. Sponsorship opportunities can be as simple as a banner pulled by a virtual plane overhead or as complex as 3D characters integrated into a scene. Fans could even win sponsored real-world prizes in the future.”

“We wanted to make something enjoyable, something that would add to, not distract from the sporting event,” Green reflects. “We built Virtex so that people enjoy it. A live event, with thousands of people cheering, has a palpable energy, even when fans are just spectators. We're hoping to raise that level of excitement and enjoyment even further by turning spectators into participants.”